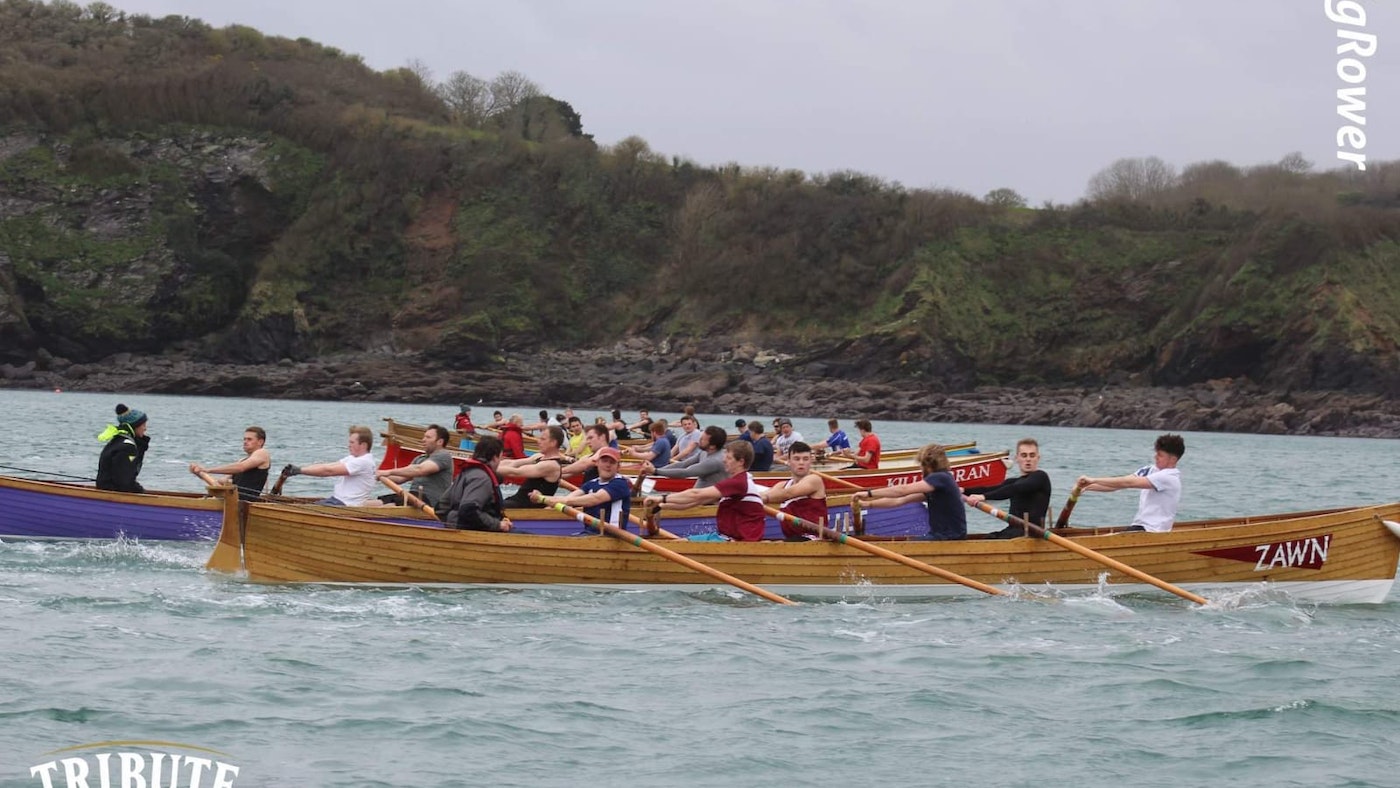 The Falmouth and Exeter University Gig Club was founded by keen student rowers of Flushing & Mylor Pilot Gig Club (FMPGC), Fred Hall and Oscar Bates. With the support of FMPGC members and Falmouth & Exeter Student Union staff, the club was launched in May 2018.

Throughout the history of Falmouth and Exeter (Cornwall Campus) universities, there has been a continuous feed of students and staff to varying Pilot Gig Clubs (PGCs). However, the formation of the Falmouth & Exeter University Gig Rowing Club in 2018 made this unique Cornish sport more accessible to a much wider community of students. Our club is inextricably linked to the local area and we are passionate about promoting integration between the university and local peoples.

In 2018/19 there was an overwhelming level of interest at Freshers fayre; maybe due to the pair of 13ft oars towering over the signup table! Membership was stable and ended with a core group of regulars that took the opportunity to row every week aside those blessed with +30kt wind speeds. Unfortunately, there were no debutante students in the racing squad, but the two founders achieved success in qualifying for the Open A Crew of FMPGC. This resulted in their involvement in the World Gig Championships, in which their crew came 12th/160!

The following years has seen an increase in memberships/sessions/variety and racers. In 2019/2020, we saw 11 student rowers and 2 student coxes distributed across 3/4 FMPGC race crews that competed in both the Helford River Race and The Three Rivers race. 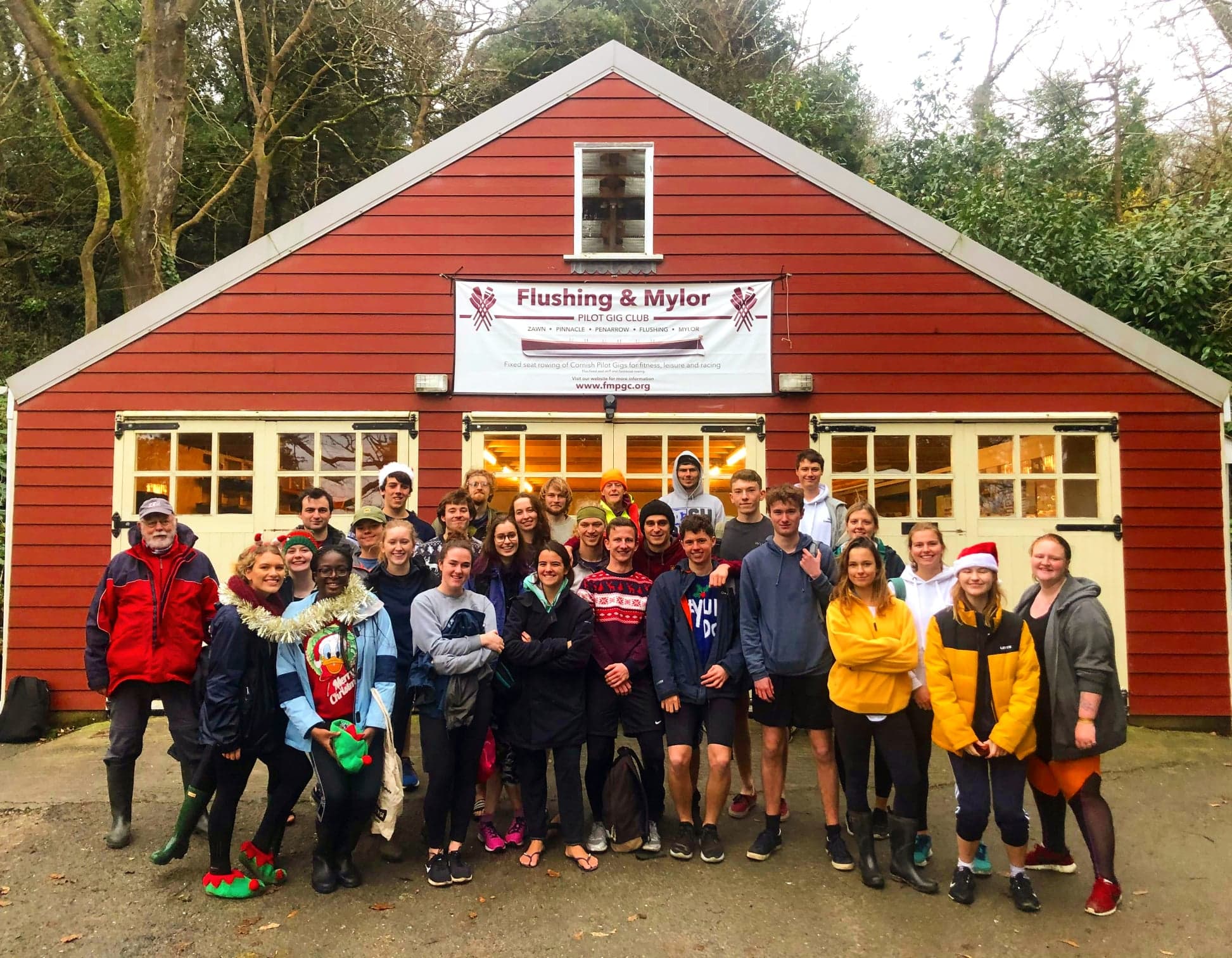 The Fastest Growing Rowing Sport in the Uk!

Cornish Pilot Gigs stemmed from the working boats of the Cornish harbours that had the problem of getting Pilots—those who guide larger ships through the intricate underwater topography of harbours—to boats seeking harbour. With multiple pilots in the area the job, and the corresponding money, would be given to the first pilot to reach the harbouring boats.

The 'pilot' gig "Treffry" which all current Gigs are based off of in design was built in St Mawes.

Thus the primary purpose of Cornish Pilot Gig was to race! This is the competitive side that is alive and well in current Cornish, and expanding, culture! Most notably in the World Championships held on the Isles of Scilly, which reached a peak gig attendees of 163 in 2019.

For 2021 / 2022 we want to be better than ever - and we need your help. We need to buy Heart Rate monitors (HRMs) and Rate watches to enable members to monitor their fitness improvements and to advance our training sessions on the water.

These Heart Rate monitors (HRMs) can record and monitor individual performance; which would provide quantitative info for coaches and individuals to visualise and track their progress. Rate watches are invaluable to rowing training to keep timings of training pieces and recording the key rowing factor of stroke rate.

Although we have access to ergs (indoor rowing machines), we have to pay for every session and this restricts the volume of indoor training we can partake in each week. Additional funding would enable us to book more training sessions in the gym, giving our members a greater chance to be selected for racing crews, with the prospective of getting more students involved in exciting competitive racing events in the future. 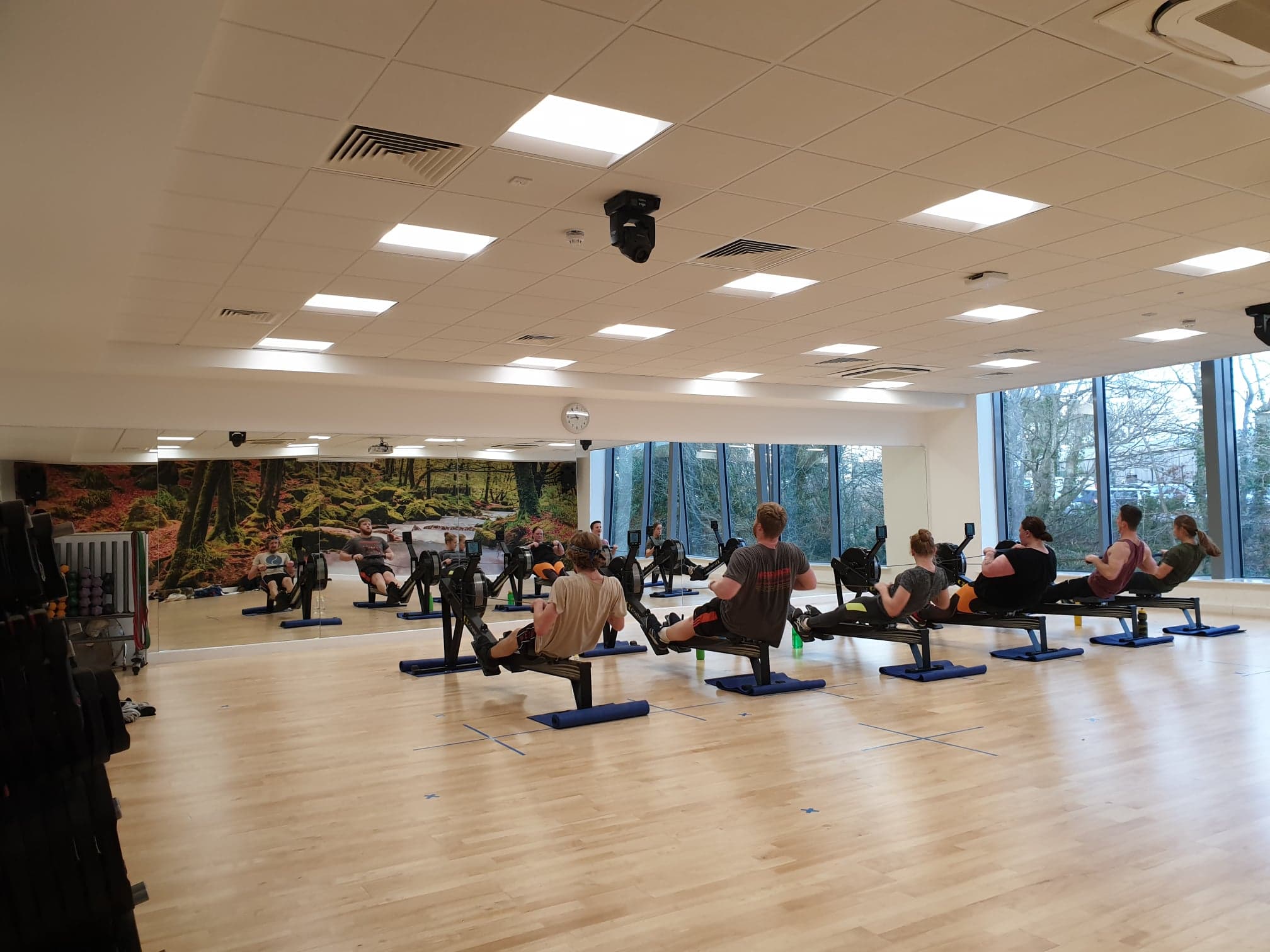 Although the club is student-led, we share equipment, boats, and have collaborative racing crews with Flushing & Mylor Gig Rowing Club which fosters a healthy community between student and local rowers. As the club is a collaboration between Falmouth and Exeter (Cornwall Campus) universities, it also nurtures a close tie between the two campuses. Ultimately, the club’s ethos is to encourage the integration of a diverse range of people through gig rowing. 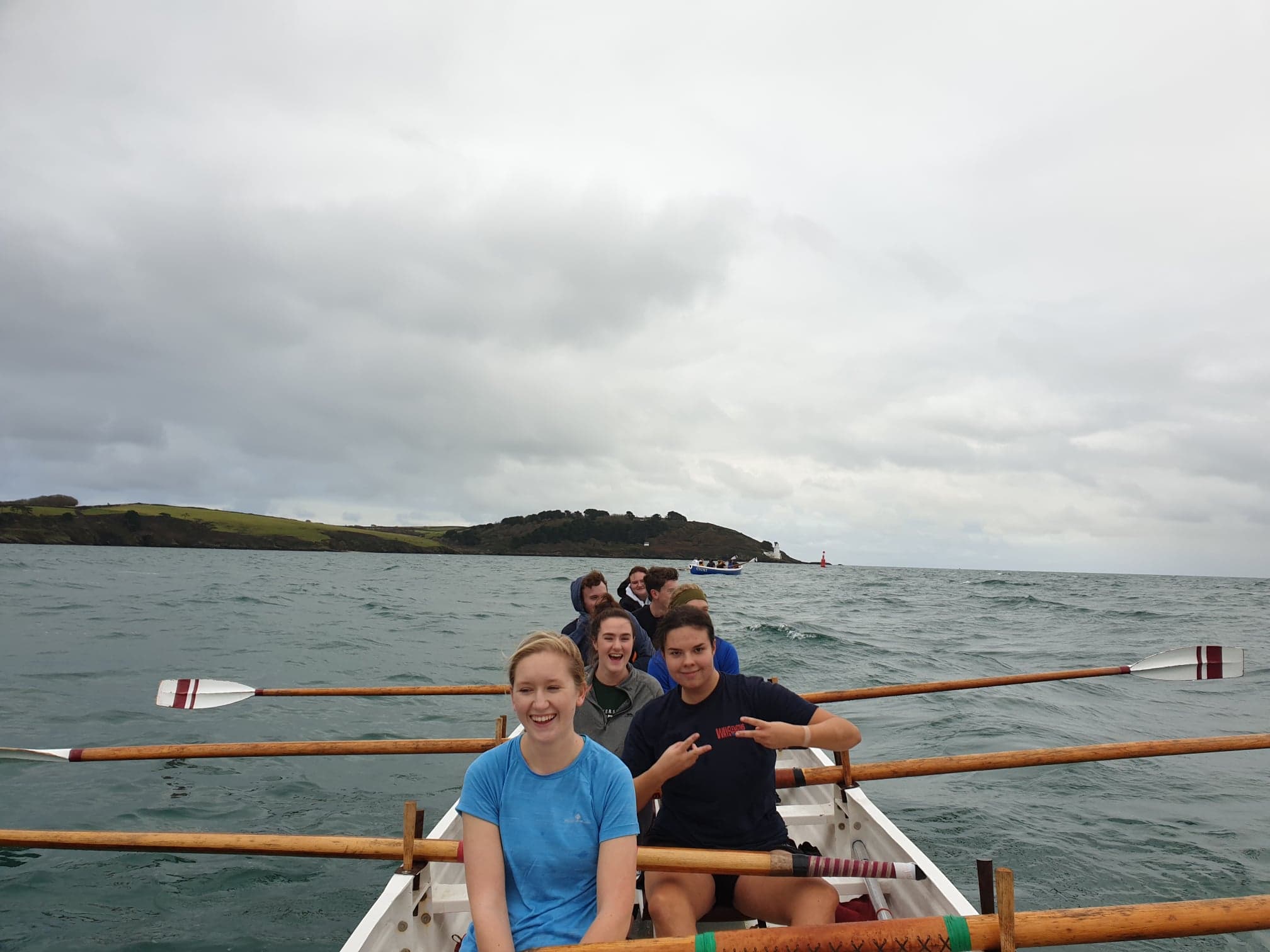 Where will the money go?

Heart rate monitors (HRMs), rate watches and additional indoor training sessions. We want to increase the value, atmosphere and professionalism of training. We have utilised the ergs (rowing machines) of FMPGC, Jolly Pirate Crossfit Gym and Tremough Flexsi gym with over 10 sessions this term, although extra funding would enable us to run at least two sessions a week, subsequently raising our success, and profile, at Gig Rowing events across the South West. The data from HRMs can record and monitor individual performance; which would provide quantitative info for coaches and individuals to visualise and track their progress. 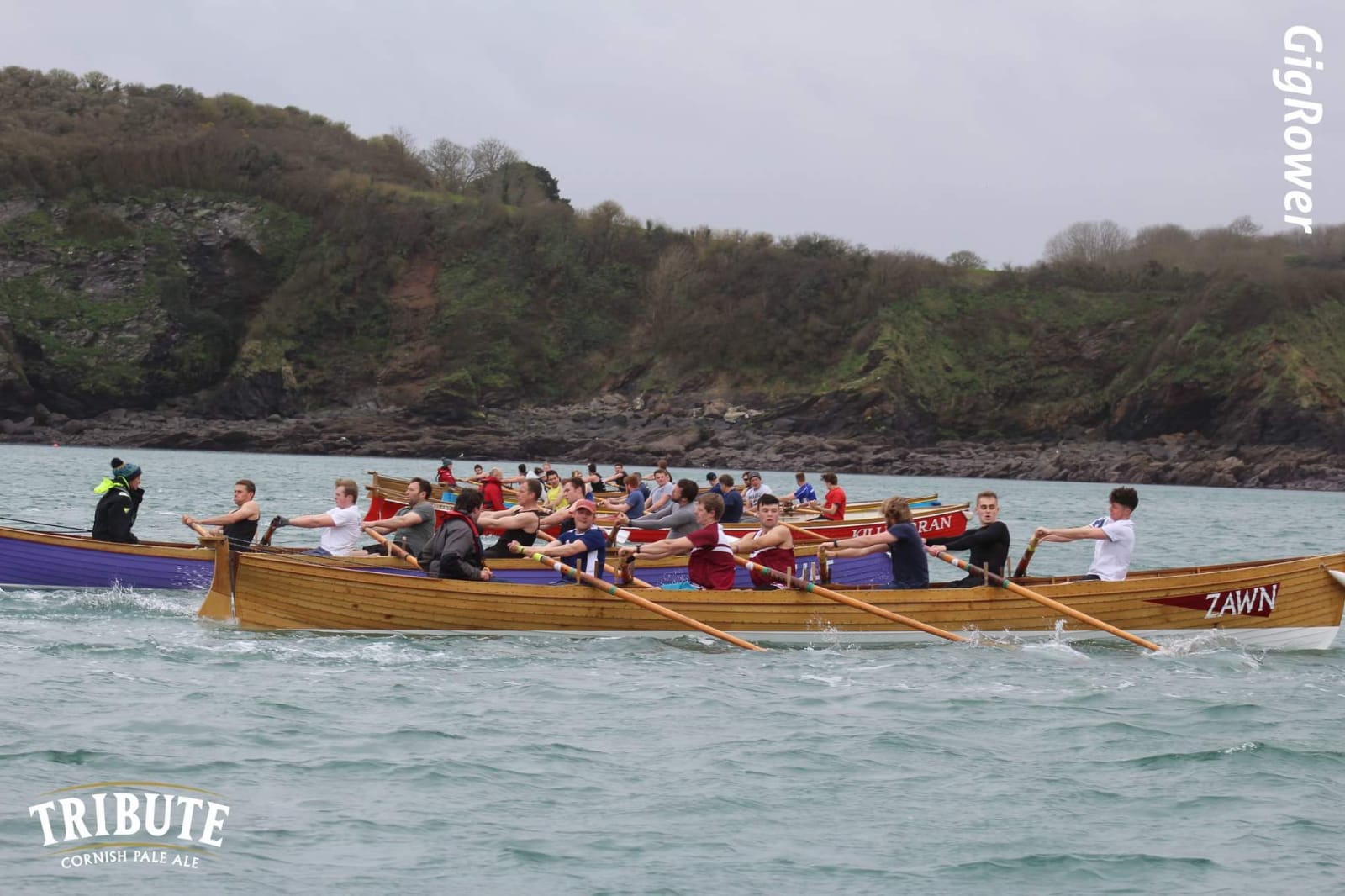 We are now able to row and train again, as Cornwall is in Tier 1, which is great for us as a club.

These additional funds, and subsequent purchase of new equipment and indoor training sessions this academic year, would enable us to get more student rowers involved in competitive events and ultimately raise the profile of Falmouth & Exeter Gig Club in the wider rowing community.

If we raise more money than our target this will go towards future training and equipment that we'll need.

Any amount you can give will make a difference!

Student Gig Rowers Equipment and Training Fund
Your message has been sent.